You should think about learning how to start a bail bond business if you are interested in running a business that is both one of a kind and highly lucrative for its owners. If you are a former member of law enforcement or if you simply have an interest in assisting in the enforcement of laws, starting a bail bond business could be the answer you’ve been seeking for in terms of a profitable business idea. Regrettably, there will never be a time when there are no criminals, but those who are interested in working in the criminal justice system can seize a significant commercial opportunity currently available.

If you’ve ever been interested in being a bail bondsman, there are a few things you need to be aware of before you start. A court will determine a person’s bail amount, and a certain percentage of that amount must be paid in the form of a bail bond before the individual may be released from jail until the outcome of their trial.

The amount of money that can be made by a bail bondsman is contingent on the amount that the client’s bail is set for as well as the number of clients that are taken on. The owner of a bail bonds company would typically hire a bounty hunter, also known as a bail enforcement agent, whose responsibility it is to track down defendants who fail to appear in court as scheduled.

Because the bail bondsman is responsible for repaying the money that was paid to the court on behalf of the suspect, it is in his best interest to track down the individual and hand him over to the authorities. When learning how to become a bail bondsman, the first thing you should do is develop a solid business strategy for your future enterprise. Your company will remain on schedule as a result of this, and you will have an accurate estimate of the number of customers it can service at any one time.

You should also investigate the regulations pertaining to bail bonds in your area and either become a bounty hunter yourself or find one (or many) to do the job for you and hire them. It should be noted that the United States of America and the Republic of the Philippines are the only countries in which bounty hunting is considered to be legitimate. Bail is set at a far lesser amount in the vast majority of other nations, which means that bail bondsmen are not required and regular law enforcement is utilised to recover detainees. On the other hand, in jurisdictions where it is permissible to do so, the bail bond market is expected to continue its steady expansion, making it a potentially lucrative activity for the appropriate kind of individual.

Your days as the owner of a bail bond company will seem very different from one another based on the activities of your customers. It’s possible that you’ll be picking up a customer when you’re on your way to the detention centre to post bond for a suspect. You might have to go out and look for a suspect who has gone missing after missing his court date, or you might have to pay a bounty hunter to do this for you. This industry is one that is without a doubt both fascinating and rewarding. There won’t be any repetition between the days. Your clients will be persons who have been arrested but are unable to post bail due to financial constraints. 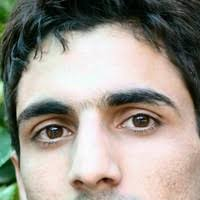 RAIS DAR is an entrepreneur, Digital Marketer, and a Small Business Consultant who loves to write about Entrepreneurship, and Career Guidance.