How many times a day do we have to stand in traffic and squander valuable time looking at poles and drowsy faces, clicking on radio waves, attempting to discover music that we like? Radio stations function on a similar principle: the same tunes, ads, game quizzes, and short news releases are played over the air, causing the head to ache quickly; everything is tedious and monotonous.

And all that remains to be done when driving a car is to listen to anything useful. And we shall make every effort to fill this one channel of perception with worthwhile work. You can also listen to language study CDs, but this is just for individuals who really need the language and have the extraordinary resolve to learn it on the fly.

However, audiobooks are extremely popular in the Western world. We also offer them for sale, but their selection is limited, and they are both pricey and large (some works reach 40-50 hours and may include up to 30 audio cassettes).

The MP3 format has already achieved widespread distribution and is supported by all players and players, and in terms of quality and price, it is far less expensive than records on other media, and there are no issues with speech sound quality. As a result, it can be put to good use. For recordings, it is not required, at least at initially, to invite the stars of the dramatic scene; it is sufficient to find a decent, but little-known, actor who can read the text professionally. By negotiating favorable terms, you will be able to publish popular books in audio format, and by starting your own shop, you will be able to

You can publish a wide range of books, including classics, detective stories, and science fiction. The creation of audio magazines that may be downloaded via the Internet is a really fascinating direction. Sports, political events, and business can all be covered in such publications. There is a strong belief that the market for these products will establish itself in the future. 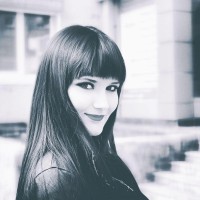