Making Indians able to search online and find a restaurant of their choice was something Deepinder Goyal and Pankaj Chaddah decided to pursue and it was in the July month of 2008 when they launched Foodiebay and two years later was renamed as Zomato by its founders.

While both together founded Zomato, it was rather Deepider who got furious after learning his colleagues were fed up with a limited paper menu during his college time. He created an application with the help of which people could order their favorite food while selecting from a wide collection of restaurant menus from different restaurants across India.

Zomato has become one of the leading food search engines in India that gives food lovers the ability to find and order food of their mood not only in our own country India but also in other 22 nations that includes Australia, and even the United States of America.

Zomato has hired a dedicated team that works in the backend to gather and publish fresh information about restaurants on the website. In addition, the company shares customer reviews of restaurants in order to help its new visitors make a better and an informed choice while they perform food search on Zomato application.

People can survive for long without clothes but definitely not without air, food, and water. People need food right away when they are hungry as they don’t like to wait for a long time. Some fade while waiting in queues for food and some have no way out other than to keep calm and wait for their turn time.

In conclusion, there are people who hunt down for a solution to help solve the food crisis of people. Deepinder Goyal and Pankaj Chaddah are great examples of those people who have found success by creating platforms to bring foodies meals of their desire. The success story of both IITians is a combination of pain, perseverance, and happy moments they came across from the time they founded Zomato to today when millions of people all over the place patronize its services more than other companies. 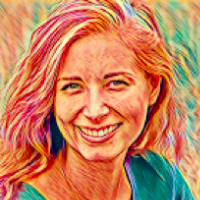 My name is Susan Ranford. I am an expert on job market trends, hiring, and business management. I often write about issues related to employment and business.