Talent and hard work have no value in Kashmir. Your merit won’t work unless you have a strong influence on people in the administration. Not to reveal my name, I’m a student of BBA from district Kulgam of Jammu and Kashmir union territory. Reading my story will surely get you depressed. However, there is a lesson to be learned as well.

The lack of timely financial support from a government-run institution like DIC {District Industries Center} is one of the primary causes that shatters the dream of starting a business for most aspiring Kashmiri entrepreneurs. Only those people succeed who are their relatives. People like me are left at God’s mercy. I’ve personally experienced that there is zero support provided by the District Industries Centers when aspiring Kashmiri entrepreneurs need it desperately.

Back in January 2015, I approached District Industries Kulgam in hope of getting funds for my auto repair workshop. I came in contact with the manger {ill than an illiterate}. I asked him about the procedure to apply and the time to get the required amount of capital. In an awkward reply, he told me to get a form along with the file of Rs. 500 {could have bought a cellphone battery} from his assistant and fill it properly. I followed his instructions and after receiving the form from me he told me to be back after a month.

After a month he handed over a registration certificate to me. I was on the moon, thinking now very soon I’ll be able to operate my business. I at the same time asked him about the date of receiving funds. Instead of answering me, he said you can go to your home and give me a reminder call after 15 days of time. I said OK sir {normally we Kashmiri do it right!}. I gave him a call after 15 days. He picked up my call and I didn’t miss to ask him about the date of funding again. He said in return that he will let me know after a month. I got shocked and angry as well from his response.

In frustration, I said what is wrong that you are unable to process my case? In return, he said to me”beta 1st April Tak Wait Kar” son wait till 1st of April. I said sir I will stay patient provided you do something{Bharosa Uth Gaya Tha} for my case. He in reply said ” Bakhuda” meaning By God he will get my case resolved till that date.

Without giving him a call, I went to the center on April 1st, 2015, expecting that my case would be ready. But when I reached there, I couldn’t find him there anymore. I was informed that the same manager {nothing more than a creepy creature} has been transferred to the Ganderbal district. I called him and to my shock, his phone came to switch off. I went to the new manager and asked him about my case. He said we are yet to receive funds from the government. I left towards my home with hopelessness.

My story contains both my sorry state and a lesson. I want to say to my Kashmiri entrepreneurs that never ever expect good from these corrupt people. I am not the only one who was made to suffer. I believe that there are thousands of others who might have faced and are facing the same situation.

It’s the right time to wake up and we all raise our voice against such ethically dead and spineless people. Just do yourself a favor, share my story with others so that a lifelong lesson could be taught to such people. After all ” Itihaad Mein Takat Hai” I have now decided to approach JKEDI{seems a better option than DICs} and hope my dream come true. 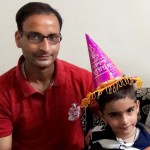 Brought to you by Dr. Shahid Amin Trali who is one the founders, and editor in chief at StartupDailyTips. He teaches business management, entrepreneurship, and marketing.