Wait in queues to obtain your bus ticket has become a thing of past ever since Redbus began to offer online bus reservation services in India.

Phanindra Sama, an Andhra Pradesh [ South Indian State ] born man is no less than anyone in the race of successful Indian entrepreneurs. He empowered travelers to book online tickets at the click of a button back in the month of August 2006 when he launched the Redbus platform. Redbus at the present time is India’s leading and largest online bus ticket booking service.

The INK host and curator named Lakshmi Pratury during the INK conference asked Phanindra Sama – how did he start his journey and what led him to open Redbus? He replied that he became an entrepreneur by an incident. Phanindra used to work with Texas Instruments Inc. a United States-based technology company that is involved in the designing and manufacturing of semiconductors and various integrated circuits.

He actually didn’t have the intention of opening RedBus prior to one day in 2005 when he was supposed to leave towards his native place in Andra Pradesh to celebrate Diwali with his family.

Phanindra got extremely frustrated and returned back to his room in Bangalore, however, at the same time the incident intrigued him. He wrote to all of his flatmates ( they had already gone to their natives ) about why couldn’t there be a computer system where all the bus operators just mention about the live inventory? Being alone in his room he got enough time to think about a solution to the problem and hence in next year ( 2006 ) founded RedBus. 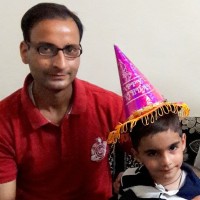 Brought to you by Dr. Shahid Amin Trali who is an Assistant Professor at ITM University Gwalior, Editor-in-Chief for Startupdailytips.com and a regular columnist of various leading newspapers in India. He can be reached at- dr.shahidamin15@gmail.com