Rahul Bajaj is an eminent Indian businessman who is well-known both nationally and globally for his skills in the field. Bajaj Auto is his major company. He has received numerous accolades and honors. Padma Bhushan was bestowed upon him in 2002. In a poll conducted by Forbes India, he was named as India’s 20th richest man.

Rahul Bajaj attended Harvard, St. Stephens’s, and Cathedral for his education and graduation. In 1965, he purchased the Bajaj Group of Companies. Only because of his leadership has Bajaj Auto’s profits increased from seventy-two million rupees to forty-six billion rupees.

Rahul Bajaj built one of India’s best firms through the difficult days of license and permit. By the 1980s, Bajaj Auto was India’s top scooter manufacturer, and everyone wanted to buy its brand Chetak, which had been on the market for ten years.

When India’s liberalization process began, the Bajaj Group faced numerous hurdles. There was a danger that deregulation would open the door to low-cost imports and FDI from large corporations.

Mr. Bajaj was an outspoken opponent of liberalization, and as a result, scooter sales plummeted as consumers switched to Hero Honda motorcycles. When the stock market crashed in 2001 and the country went into recession, it was a setback for the company, and many predicted that Bajaj Auto would go away.

Bajaj Auto, on the other hand, proved everyone wrong and returned with a bang with the Bajaj Pulsar Motorcycle, which is currently topping the market. Mr. Rahul Bajaj was elected to the Raja Sabha in 2006 with the support of three political parties: the Nationalist Congress Party (NCP), the Bharatiya Janata Party (BJP), and the Shiv Sena. 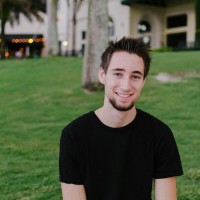 Brought to you by Jacob Dillon who is a professional writer and distinctive journalist from Sydney. He loves to talk about technological advancements and the evolution of society.